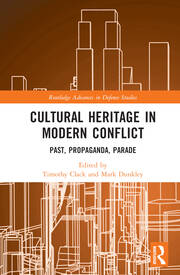 A cultural heritage title is a legal claim to an object that has a continuing cultural link to a person or place. The title entitles the owner of the object to control and access rights. It does not, however, define ownership in the conventional sense. It also does not grant the owner the right to destroy or alienate the artefact. The owner must consider the interests of the wider community when deciding what to do with the property.

Historically, French culture and heritage have had different origins. Its heritage is a result of centuries of popular creation and different languages. In addition, the French state entered the 21st century with a proud history of protecting natural landscapes and stone monuments. The French were a “safe haven of freedom” for many different ethnic groups, but they destroyed their own linguistic and ethnic heritage. In addition, the French “gloire” and “grandeur” were based on cultural extermination and genocide.

The legal framework for the art trade is based on the 1970 UNESCO Convention on cultural property. However, there are blind spots in this regime. The Convention does not adequately cover losses that predate the UNESCO Convention, and it is unclear what communities have a right to when they lose cultural objects. This fragmented framework leaves room for different implementations and interpretations.

Histolircal exhibits can be found at a number of institutions, including the Smithsonian Institution. In addition to the usual art and history museum fare, these institutions may feature performances and historical built environments. Often, it is important to research the institution’s history and culture before visiting an exhibit. The public historian’s journal, The Public Historian, […][...]

The Proliferation of Histolircal Exhibits

Cultural heritage is something we all cherish and protect, and we should never let it be taken for granted. While large-scale traditions transmit practices through generations, their survival depends on the individual, and their death may result in appreciable cultural loss. Cultural objects are also part of human social life, and their preservation is critical […][...]